So, I have seen these ALL over blogland, it’s by no means an original idea… BUT I see them over and over and I fall even more in lust with them!  They are just so gorgeous!  They are so versatile and can be used all year long, not just during Halloween season!  That’s my favorite part.  Followed closely by how SHOCKINGLY cheap and easy it was to make!  Cheap and easy may not always be a good thing… but in this case, it so is!  So… Here they are:

I failed to take “before” pictures!  I know, shame on me!  I bought two large vases and two small vases from the Dollar Store.  I also bought two tall candlesticks and two small ones (the small ones came in a package together).  I spray painted the candlesticks…. told you I have a spray paint obsession.  This is the step I added to all the other Hurricanes I’ve seen around.  I really like the way they turned out.  I let that dry, then used LockTite to glue each of the candlesticks to a vase.  I opted to vary the heights of my hurricanes by putting a tall vase on both a tall candlestick and a small one.  Thus, giving me four different heights.  I let those dry… it took like three or four days because I wasn’t thinking and the glue in the holes took a while longer to dry.  Anyways. 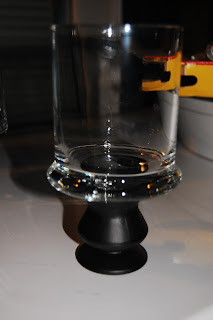 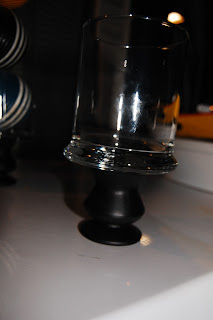 Weigh the vases down so they dry securely.  I used croquet balls… and a big bottle of bubbles.  Hehehe.  After they are all dry, fill ’em up. 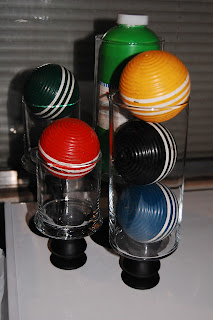 I put candy corn, faux leaves, styrofoam gourds, and cinnamon sticks in my hurricanes.  Place them all pretty like on the piano and sit back and enjoy!  And after Halloween… Christmas things will replace the Halloween things.  How easy and versatile.  LOVE IT! 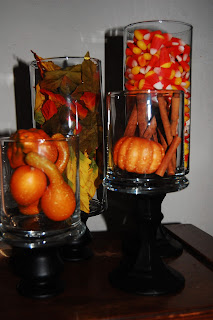 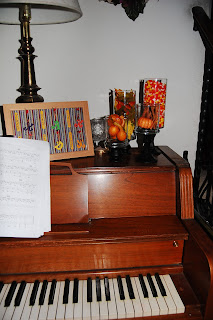 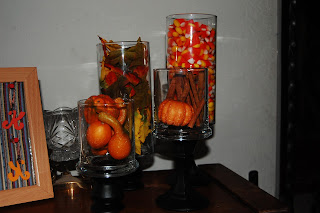