I got this book after My Mr Right and I moved in with my parents.  It’s a great resource and a super easy read.  If you’re struggling, and even if you’re not, I suggest you check it out.  There are great ideas that only take a few minutes and minimal planning.  There are also more extravagant suggestions.  Such as the section on the best way to spend the most money on food, lingerie, travel, the smallest gift, hotel rooms and more.  I will probably NEVER be able to do any of the ideas listed, but it was fun to read about it.  $300 for a bra… oh my!

If you think it’s hard to keep the romance alive, you should try it while you live with your parents.  It’s less than ideal, but living in the car isn’t exactly ideal either.  And that’s our other option.  No matter how much you love your car, it’s not somewhere you can raise a toddler.  If you’ve ever taken a road trip, you already know this.

My grandma actually saw me reading it and made the comment “Honey, don’t you know how to do that by now?”  I was quick to point out that I wasn’t necessarily lacking in the subject, but I definitely didn’t know it all.  She agreed that you can always learn more.  So, I’m going to share some of what I learned with you.

One of the first “Ways to be Romantic” is to put a twist on the generic.

Give your lover a dozen roses-and do it with a creative twist.  Give eleven red roses and one white rose.  Attach a note that reads:  “In every bunch there’s one who stands out – and you are that one.”

Great idea, right?  If you’re gonna buy the dozen roses already, it’s not that much more to get a single white rose as well.  But what really makes the gift special?  The Note.  It would take you 30 seconds to scrawl that out on a piece of paper.  But, the impact will last far more than 30 seconds.  By the way, it’s totally acceptable for a woman to send flowers to a man…….. totally acceptable.

Now, if you’re like me, you like to give as much as receive.  Which is a good thing, because I give far more than I receive.  That’s just one of my love languages.  If you don’t know what your love languages are, find out!  More importantly, find out your sweetheart’s.  It will be A LOT easier to make your sweetie feel loved.  If he cherishes a clean house and you get him a new watch… It’s nice, but he’d rather you kept up on the laundry.  I sometimes get caught up in my love languages and don’t focus enough on My Mr Right’s. 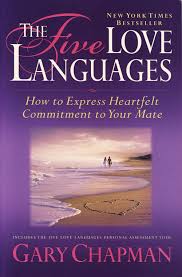 Godek is quite profound when he points out that there is a difference between a present and a gift.  Not according to Webster’s, but for sure on matters of the heart.  A present is something you would like someone to have.  A gift is something you know they want.  For example, that sweater you think he’d look really great in is a present.  That awful, ugly hat/coat/shoes he keeps eyeing at the store is a gift.  That’s a little dramatic, but see the difference?  Smart man, that Mr. Godek, huh?  Gifts are not better than presents, nor are they worse.  Just make sure you have a healthy mix of both.

So here are a few “Generic with a Twist” Ideas:

What great “Generic with a Twist” ideas do you have?