These Sparkle Bottles were actually part of our Travel Kits, which you can find in the {Kids on the Road} Series, we took on our insanely long (and waaay too close together) road trips we took in 2013. But, they are still awesome and we still have one of them nearly a decade later. 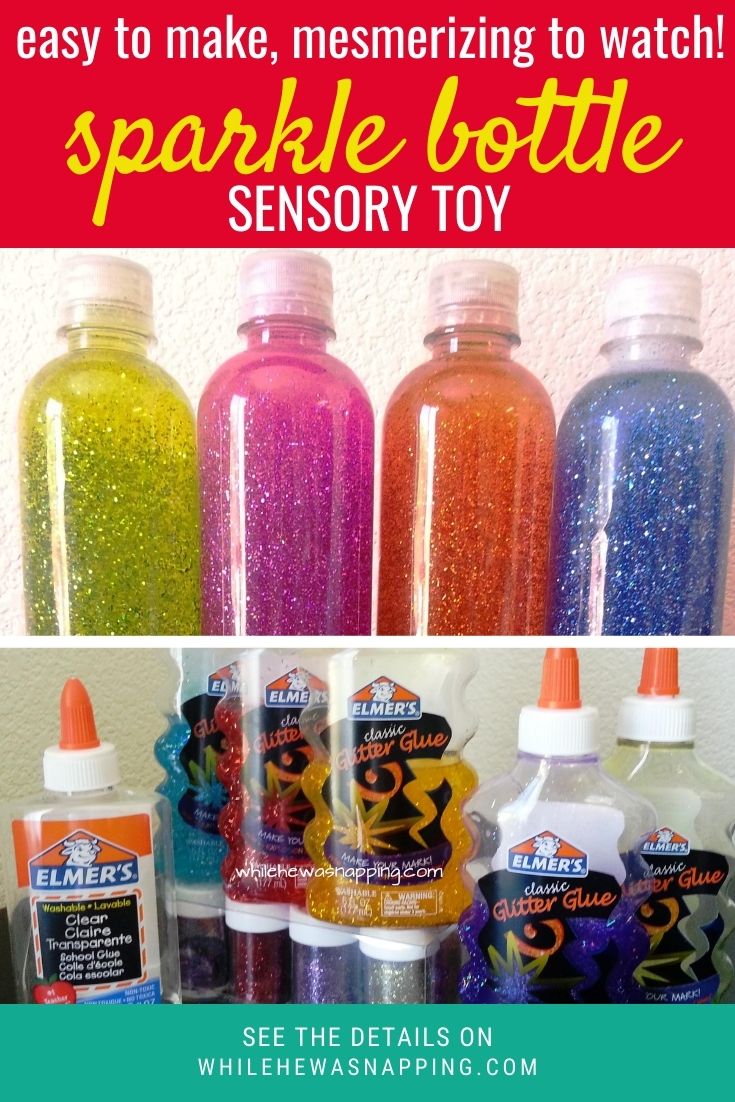 I found the original idea at My Crazy Blessed Life, and Johanna called them “calm down bottles” and used them with the idea of helping her little girls calm down after a tantrum.  There was the added bonus of a built-in time out timer.

That wasn’t my goal with them originally, though they have been used as such since I first made these.  In the beginning, I just wanted a distraction for my poor children who were strapped down in car seats for hours and hours on end.  Since then, I’ve found they work well as timers or calm down distractions for my kids. Sometimes. Sometimes not. But, they aren’t consistent depending on the temperature; so, while they are pretty, they aren’t functional as precision timing devices.

HOW TO MAKE A SPARKLE BOTTLE

I wasn’t able to find the exact ingredients Johanna used so I had to improvise.  I actually found some other materials that I opted to use instead of what Johanna did.  And it still turned out great – and was even a little cheaper.  So, here’s how I made my Sparkle Bottles. 1. Clean any labels or sticky glue off your bottles.
2. Heat the water.  It doesn’t have to boil, but it should be steaming.  You want it to be hot enough to melt the glue, but not hot enough to melt your container.
3. Pour approximately a 1/4 cup of glitter glue into the bottom of the bottle.
4. Add approximately 2 Tbsp of Clear School Glue to the bottle.
5. Fill the bottle about 2/3 to 3/4 of the way full with the hot water.
6. Tighten the caps back onto the bottles and shake until the glues and water are thoroughly mixed.
7. Remove the cap and pour in as much glitter as desired.
8. Fill the remainder of the bottle with either glue or water.  If you want the glitter to fall faster, put in more water.  For slower falling glitter, put in more glue. The clear glue is thinner than the glitter glue. Glitter glue will make your glitter fall more slowly than the clear glue. If you’re trying to make a timer, I suggest the clear glue. It doesn’t change the
9. Make sure the glue and water is well mixed.
10. Put super glue in the threads of the cap and tighten it down.
11. Shake and enjoy! 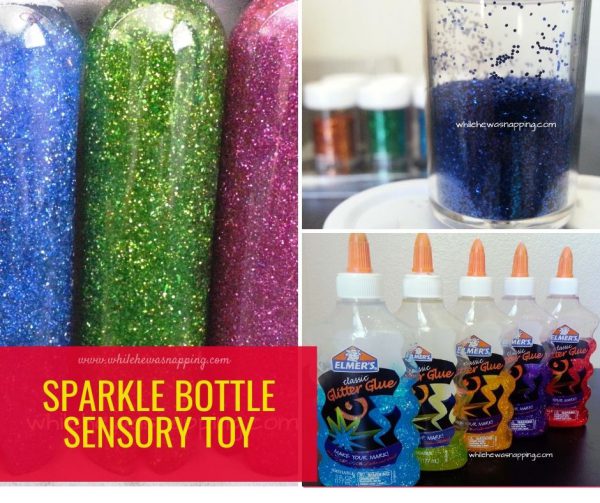 HELPFUL HINTS AND TIPS FOR MAKING YOUR SPARKLE BOTTLES 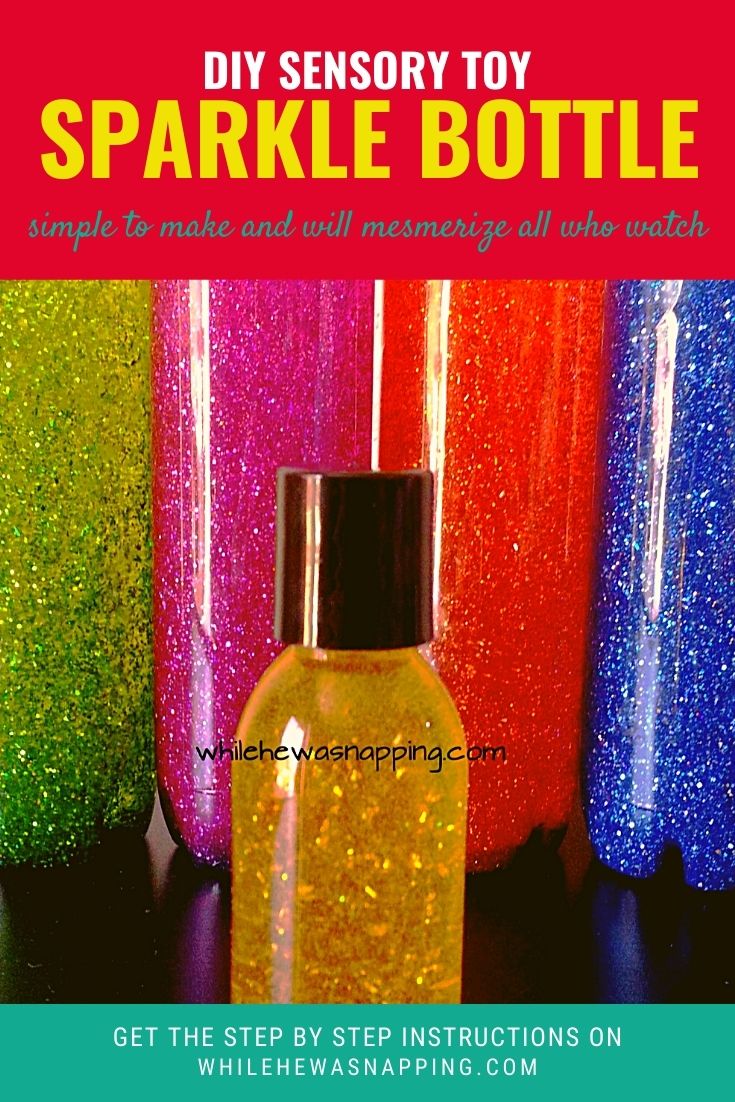 
Want More of My Story?